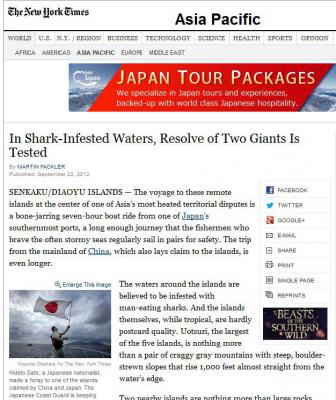 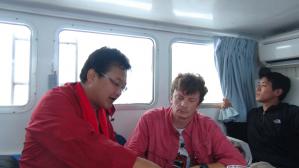 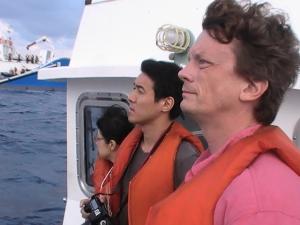 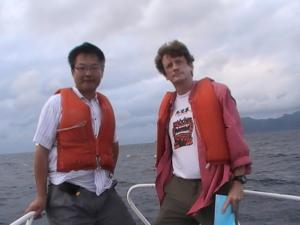 SENKAKU/DIAOYU ISLANDS — The voyage to these remote islands at the center of one of Asia’s most heated territorial disputes is a bone-jarring seven-hour boat ride from one of Japan’s southernmost ports, a long enough journey that the fishermen who brave the often stormy seas regularly sail in pairs for safety. The trip from the mainland of China, which also lays claim to the islands, is even longer.

The waters around the islands are believed to be infested with man-eating sharks. And the islands themselves, while tropical, are hardly postcard quality. Uotsuri, the largest of the five islands, is nothing more than a pair of craggy gray mountains with steep, boulder-strewn slopes that rise 1,000 feet almost straight from the water’s edge.

Two nearby islands are nothing more than large rocks covered by scruffy shrubs and bird droppings. The only structure on the islands is Uotsuri’s small, unmanned lighthouse. No one has lived on any of the islands since World War II.

The value of the islands has never been in their aesthetics, but in history and geopolitics: what control of the islands says about the relative power of Asia’s two economic giants, one rising and the other in what many see as a slow decline.

It remains unclear how far the longstanding territorial conflict over the islands, known as the Senkaku in Japan and Diaoyu in China, could escalate now that it has flared again. China has in recent days tamped down protests that were seeming to slip beyond its control, and the two countries share deep economic ties that make the stakes of further escalation clear. But popular opinion in China has been unwilling to let the issue die, and a small group of nationalists in Japan has so far seemed unwilling to let go of an issue that helps define it.

Japan has also shown itself to be uncharacteristically strong-willed in pushing back at China’s vocal claims for the island chain long under Japanese control. While Japan’s pacifist tendencies since World War II have led it to generally avoid confrontations, China’s rising territorial ambitions appear to have changed the calculations of the country’s leaders, at least somewhat. In unusually strong remarks last month, Prime Minister Yoshihiko Noda said Japan had an “unwavering resolve to defend its territorial lands and waters.” Japanese leaders also increased coast guard patrols around the islands as China has dispatched more of its own boats.

On Thursday, at least a half-dozen armed Japanese Coast Guard cutters were visible patrolling waters around the islands, some of them sailing around Uotsuri.

Somewhere over the horizon, 16 Chinese surveillance ships — the largest number yet to gather nearby — had assembled to challenge Japan’s claim to the islands, according to the Japanese Coast Guard. In recent weeks, the two countries’ ships have been playing an almost cold war-style game of cat-and-mouse, with Chinese boats sometimes darting past the maritime boundary, pursued by the coast guard.

While Japan’s Coast Guard is committed to intercepting the Chinese patrols, it is also vigilant about preventing an episode that might further provoke China. Japanese nationals are barred from landing, for fear they might be photographed waving Japanese flags, as happened last month when nationalists swam from boats to Uotsuri without permission. (Their landing followed an earlier landing by Chinese nationalists.)

The coast guard’s anxiety was apparent on Thursday, when a fishing boat from the island of Ishigaki, south of Okinawa, carrying three members of a small Japanese ultraconservative group and two journalists prepared to leave for a privately chartered trip to the islands. Even before the boat left, the passengers were summoned to a coast guard office to figure out their intentions.

“We have your promise, man-to-man, that you won’t go ashore, right?” one official asked, with a stern gaze, adding a warning about sharks circling the islands.

“Everyone’s really on edge because of the Chinese ships,” said the boat’s captain, Zensho Naka, 54, who said fishing charters to the islands were once common, and raised much less fuss.

Those tensions seemed to reach a new peak last week, as the coast guard braced for the arrival of 1,000 Chinese fishing boats that the Chinese news media had reported were on their way to stage a mass protest. The armada never materialized and appeared to be the creation of news media that hyped a routine departure of fishing boats.

The current tensions began earlier this year when the nationalist governor of Tokyo suddenly announced he wanted to buy three of the islands from their owner, a Japanese citizen living in suburban Tokyo, because he felt the government was not doing enough to defend the chain. That prompted the central government to buy them instead, which officials said was to prevent them from falling into radical hands.

But the decision to purchase was seen in China as a Japanese effort to firm up its control, setting off a week of violent anti-Japanese street demonstrations in dozens of Chinese cities. That is a lot of commotion over islands that until recently seemed a forgotten backwater. Even before World War II, there were few economic activities on the islands. A small factory on Uotsuri made dried bonito shavings, a favorite Japanese food, and hunters gathered albatross feathers for European fashion boutiques.

At that time, the factory owner had bought four of the five islands from the government, which showed little interest in them. After the factory closed in 1940, the factory owner’s son held onto the islands until the 1970s and early 1980s, when, aging and childless, he sold them off one by one to a family friend, Kunioki Kurihara, who recently sold three of them to the government. His family still owns one that it rents to the national government. That island, and the fifth one already owned by the national government, were both used for bombing practice by the United States military until 1978.

Interest in the islands rose in the late 1960s, when scientists began saying the nearby seafloor could hold oil deposits.

The current rise in tensions was evident during the recent trip to the islands, when a coast guard ship trailed the ship carrying the journalists and nationalists, even after extracting promises that no one would make a break for the islands. As the ships were about three miles from Uotsuri, the coast guard demanded the charter go no further.

The three nationalists said they planned to make their point about the need to defend the islands against China by posting a short documentary of their trip on YouTube. “We must draw the line with the Chinese here,” said the leader, Hissho Yanai, 50, who heads the 80-member Association to Protect Our Children’s Future from Chinese Intimidation based in Saitama, just north of Tokyo. “If we let them have the Senkaku Islands, they’ll come after all of Okinawa next.”

After the coast guard stopped the ship, the three men stepped on deck to perform a ceremony. With the island looming in front of them, one man held the Japanese flag while Mr. Yanai read a warning against invading the islands addressed to the man expected to be China’s next leader, Xi Jinping. The third member filmed the performance.

Mr. Yanai finished with a deep bow toward the island. The man holding the flag then faced the watching coast guard crew, clipped his heels together and crisply saluted in the style of Japan’s prewar military.

“Thank you very much!” yelled the man, Hideto Sato, 51. “Please continue the tough job of protecting the Senkaku Islands!”